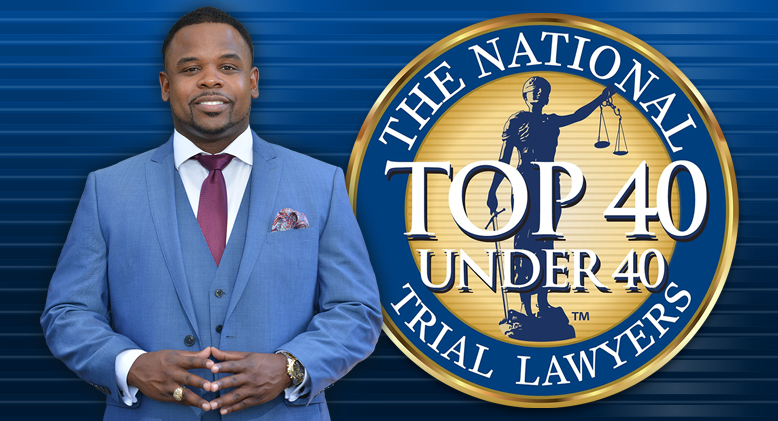 Attorney Christopher F. Gibbs, personal injury attorney and founder of The Gibbs Law Firm, has been chosen as one of 2021’s “Top 40 Under 40” by The National Trial Lawyers organization.

Only the top 100 trial lawyers from each state – or highly-populated regions of certain states – who are actively practicing in civil plaintiff and/or criminal defense law, are eligible for invitation. Invitees to the NTL organization must demonstrate superior qualifications, leadership skills, and trial results as legal professionals. The selection process for this elite honor is based upon a multi-phase process using uniformly applied criteria, including peer nominations combined with third-party research results. Attorneys are reevaluated annually to determine whether their activities and accomplishments qualify them for continued membership.

The criteria used in the evaluation process include, but are not limited to, the following:

Before founding The Gibbs Law Firm, Mr. Gibbs worked as an Assistant U.S. Attorney for the District of South Carolina where he served in the Civil Litigation Unit. In that capacity, Mr. Gibbs served as legal counsel for the United States and its agencies in cases including, but not limited to, defending federal agencies (such as the U.S. Postal Service) in car accidents, defending federal medical facilities (such as the VA Hospital) in medical malpractice actions, and defending federal agencies in premise liability matters. While at the U.S. Attorney’s Office, Mr. Gibbs litigated federal cases throughout various South Carolina District Courts.

Attorney Christopher Gibbs will take the time to help you to understand all of the details and the options available to you regarding your personal injury case. He will help you organize everything that is needed for preparing the best course of action. If you have been injured in any accident, you need a reliable, compassionate, and aggressive personal injury lawyer.